Sidi Larbi Cherkaoui’s byline when he took up his directorship of the once beleaguered Ballet of Flanders in 2015 was that he would 'pursue the course of reconciliation'. The company’s Jubilee double-bill looks to be striving to reflect that mantra too. Jeanne Brabants’ opening choreography, 'Cantus Firmus', is set to six of Bach’s cantatas that sing of memory, consolidation and reconciliation. Cherkaoui’s 'Mea Culpa' uses Heinrich Schütz,’Die Sieben Worte Jesu Christi am Kreuz', that is, according to the programme 'imbued with the same themes'.  Good thing for me, as a surreptitious ballet fan but with chronic allergy to opera houses, I was looking forward to the seeing how my inner conflict might be reconciled too. 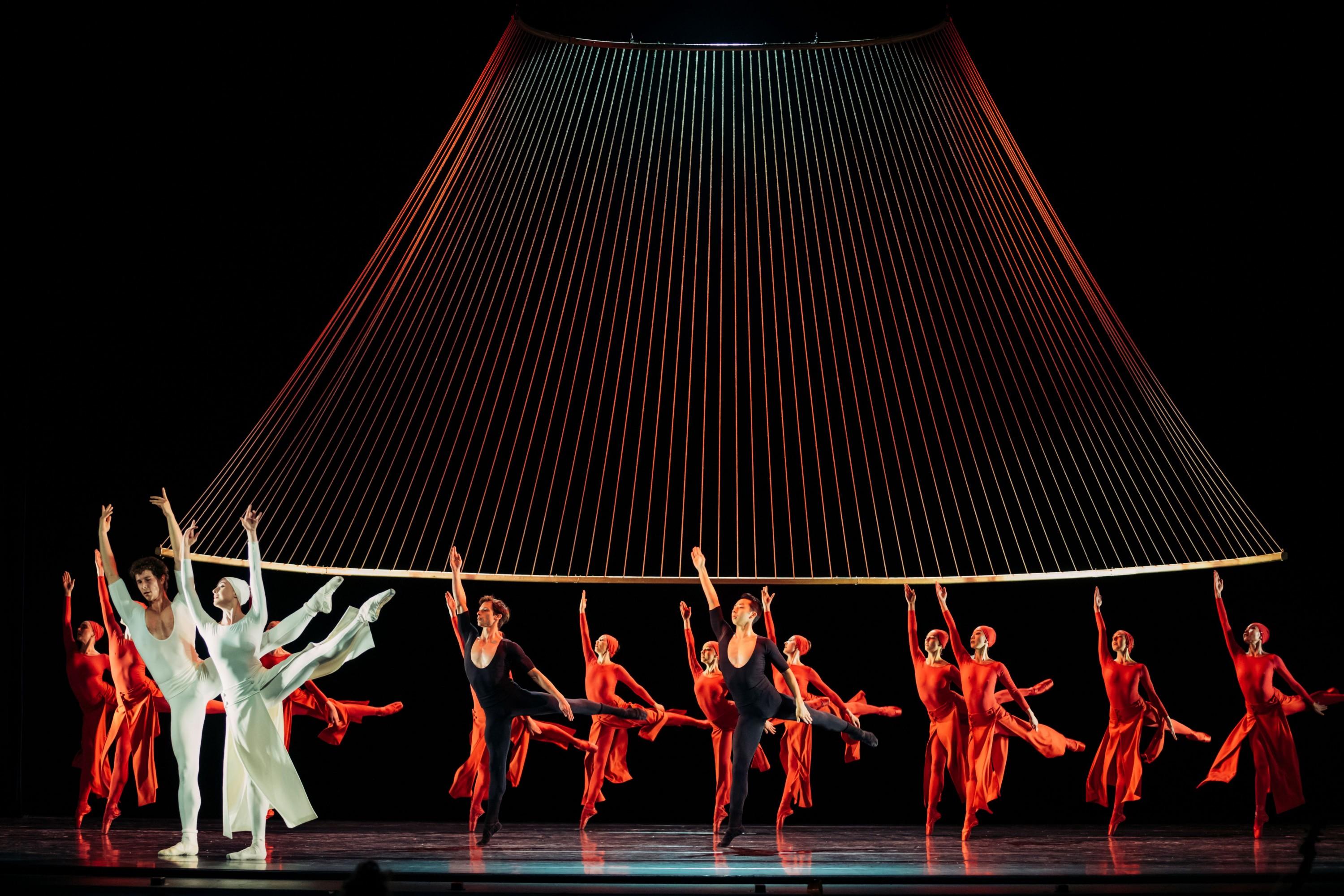 No disrespect to the memory of pioneer Jeanne Brabants to whom we owe the existence of the Ballet of Flanders, but I suspect she would have worn a very sour expression if she could have witnessed the awkwardness with which the company embodied 'Cantus Firmus'. It is without a doubt a very difficult task to be simultaneously abstract and expressionistic, romantic and deadpan, sexy and nun-like, in unison and out-of-sync all in the space of a barely 30 minute performance.

Nevertheless, it seemed to make a mockery of Brabants’ erstwhile programming dictum which was to start evenings with a short neoclassical work followed by a contemporary ballet with a small group of dancers 'in order to familiarise both the dancers and the audience with modern techniques'. The medley museum piece seemed sadly dated and the dancers appeared to have lost the knack and knowhow to be able to bring it up to scratch.

We also learn that Brabants liked to ‘end the evening with a longer piece, with a large number of dancers that was ‘either entertaining or thought provoking so that people would talk about the performance afterwards’. Cherkaoui’s ‘Mea Culpa’, originally staged for the Ballet of Monte-Carlo in 2006, certainly fits that bill. A typically elaborate and ambitions epic, set on a sliding timeline and evoking universal human and societal conundrums best described in Cherkaoui’s own words: ‘…concepts of division, of hierarchy, conquest, colonization, thralldom of man by man, slavery, and pollution. To what degree are we responsible in regards to the deeds of those from whom we descend? Are we unfettered of their choices? Even the most sophisticated of our conceptions and life-styles, ensue from this ancient, perhaps primal violence as well...’

Today, you could view Cherkaoui’s work as having become formulaic, and that his now customary fusion of themes, music and dance styles, if not feckless, is an overused signature. Yet here, under Cherkaoui’s direction, the Ballet of Flanders seems to have earnestly acquired greater depth and range. In ‘Mea Culpa’ the dancers shed all awkwardness and appear to have been born to the Cherkaouiesque liquid rolls and contortions.

Yet here, under Cherkaoui’s direction, the Ballet of Flanders seems to have earnestly acquired greater depth and range.

Bare feet or ballet shoes are no longer issues, nor is the dancers’ capacity to add subtlety to the complexities of the power play graphically inscribed within parts of the choreography. One unisono has the men writhing on the floor, entwining the women’s legs. They only rise from prone, using all their force, to elevate their elegant but domineering partners upwards. Another moment, both masterly and ominous, has the whole company coquettishly waltzing and whirling in pairs to an African drumbeat, produced live by Congolese percussionist Tister Ikomo.

The set of ‘Mea Culpa’ is a giant slew of landfill bordered by two Alice in Wonderland style stacks of outsized books on which the dancers perch, champagne glasses rather than teacups held haughtily aloft. These weighty tableaux, together with the backdrop of filmed images of human misery and the catastrophic consequences of consumerism, send us down a rabbit-hole of possibilities as to where the narrative might be leading.

Bit by bit we relinquish any quest for linear logic and relish the spectacle the better for it. Plus, the glamour that one craves when watching a ballet company is also present, and not just in the Karl Lagerfeld designer costumes, but in the dancers’ self-assurance and what seemed to me to be tangible pleasure in performing the work.

The end scene is that of a near nude female dancer, limp, dangling by one arm from an opulent chandelier. The scene mirrors the show’s opening image of a male dancer, similarly unclad and mortified, Christ-like. Sacrifice? Redemption? An evening of emblematic imagery and ravishing movement to which, despite the pithy phrase uttered at the start of Mea Culpa referencing the diamond trade, the Antwerp audience gave a standing ovation. One proviso though, in the Antwerp Opera House, despite the renovations, there prevails an unpleasant smell of drains. I wonder if someone’s told the mayor there yet. 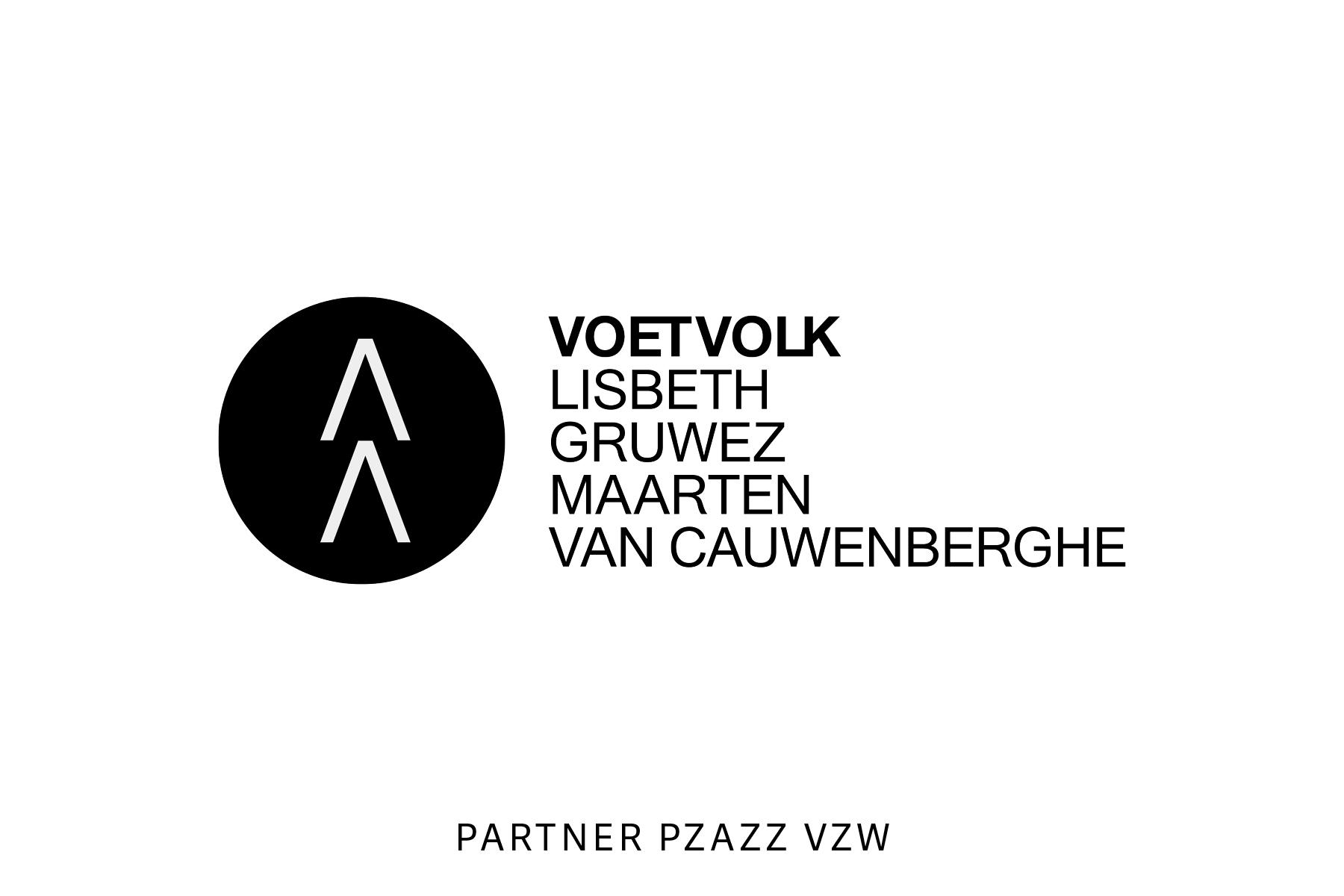 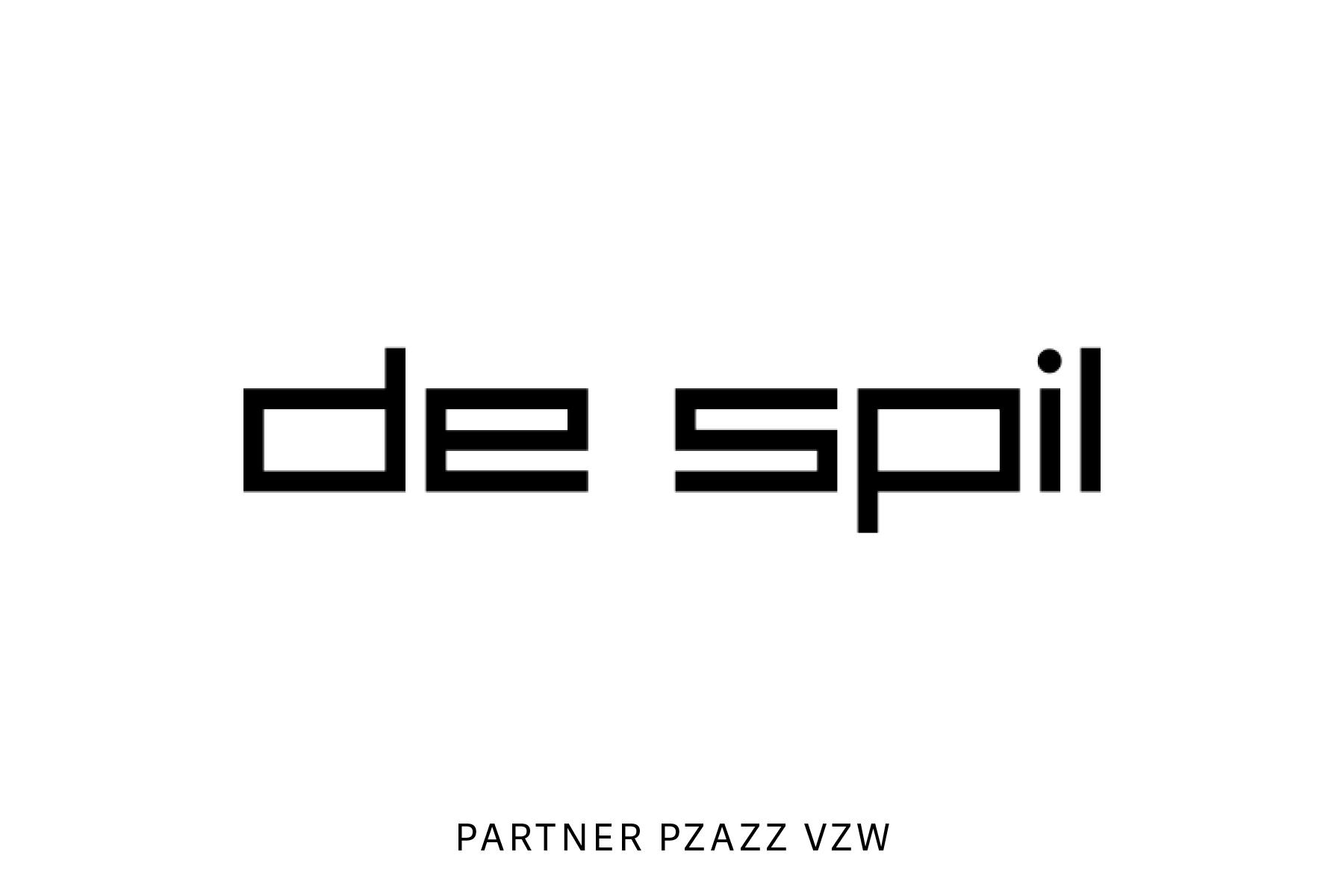 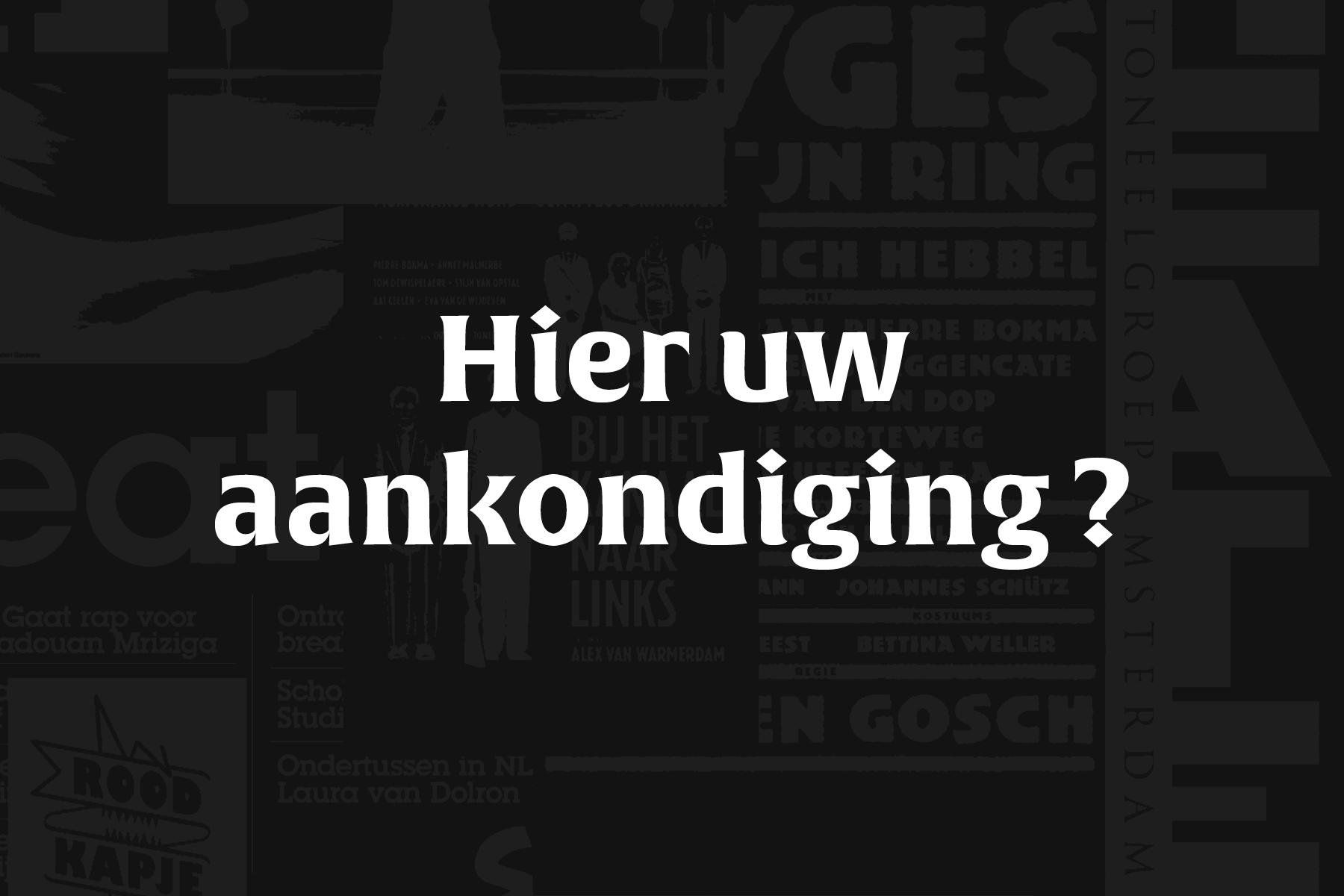 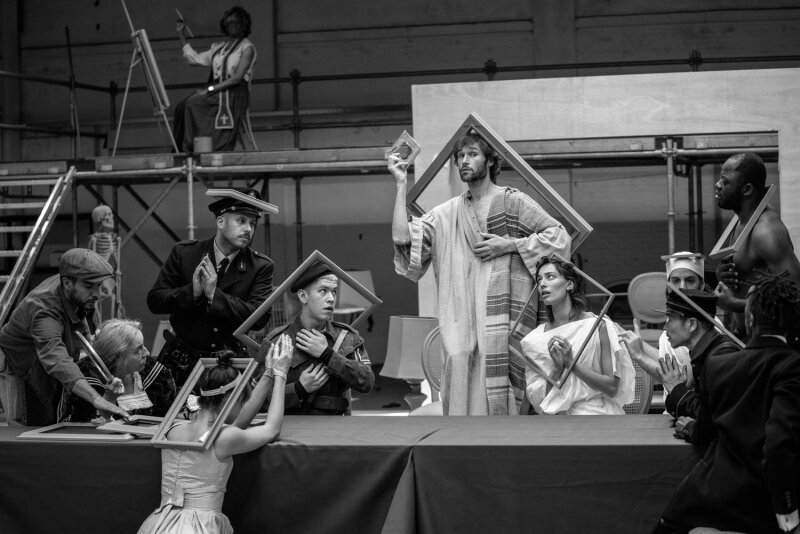 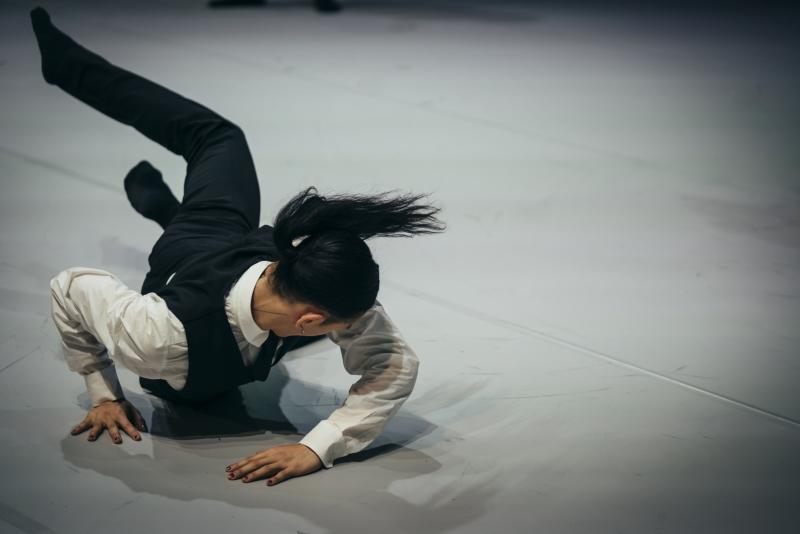 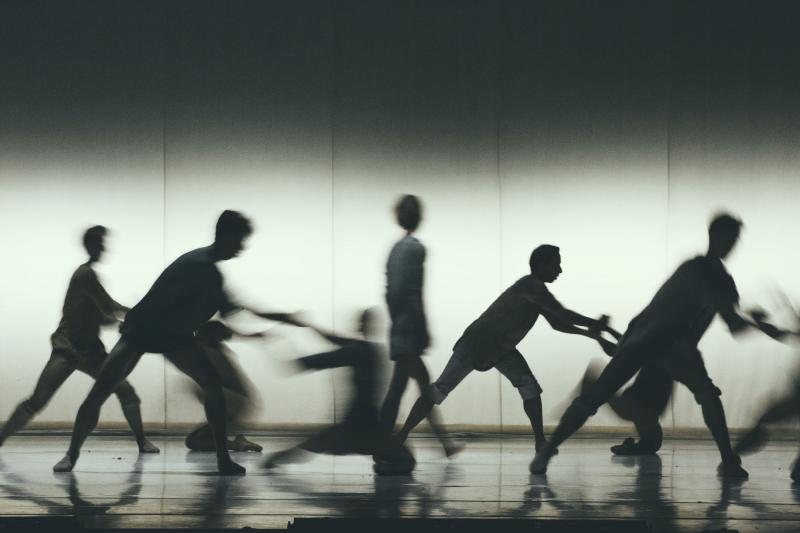 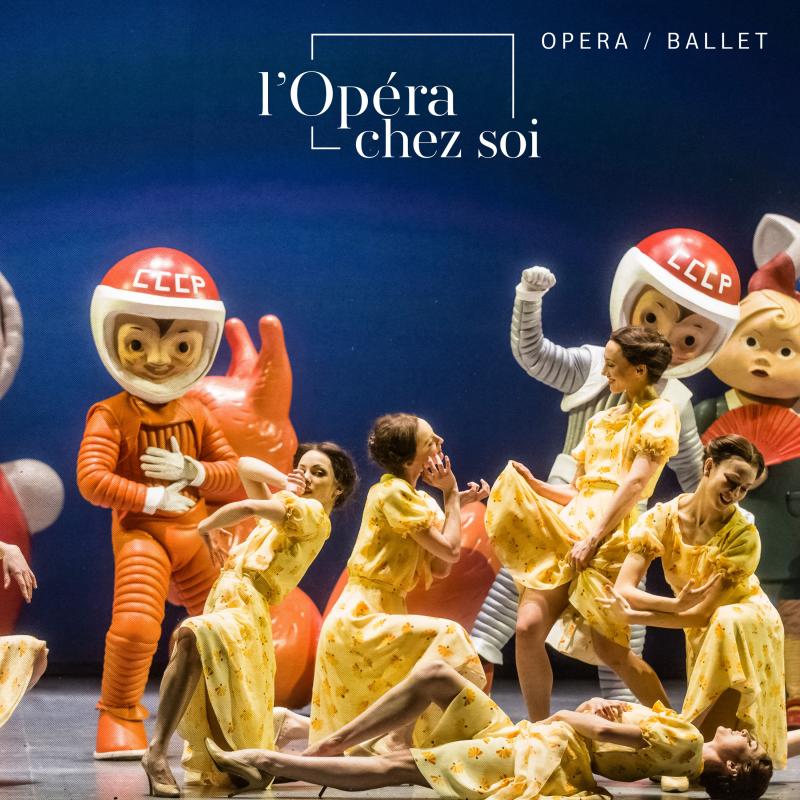 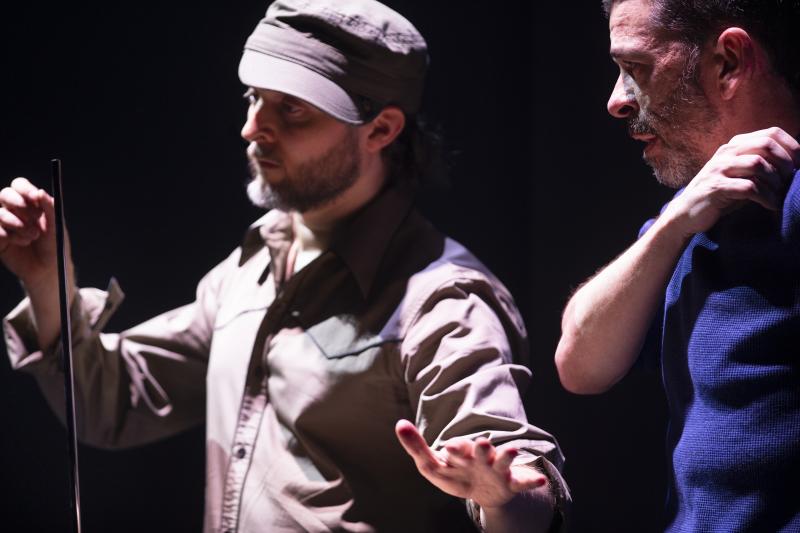